Last week we heard about “the recruitment star”, Sebastian from the UK, who in his “humble” opinion had done a great job as a recruiter by illegally messing around with a candidate called Camilla and Company X. By stealing Camilla`s profile from an Online Professional Network, Sebastian had created a CV and used this to gain entry with Company X. He had also taken it upon him to represent Company X in the market place without their knowledge or approval.

This week I would like to look at a scenario that nicely links in with that of previous week. Unfortunately, the behaviour you will hear about today is even worse and dirtier that what we heard about last week.

The fairy tale of Sebastian, Lisa and Company Y

Once upon a time, there was a recruitment consultant called Sebastian. Sebastian was a thief that lived in the UK and had earned good money thanks to his dirty tricks.

This week Sebastian and his colleagues had been informed that they had to do everything in their power to achieve a sale. In recruitment terms, this meant that they all had to place a candidate with an oil company in Norway.  As far as Sebastian was concerned, this was not at all a problem. After all, he was the recruitment king of the castle.  All he had to do was to come up with a cunning plan. 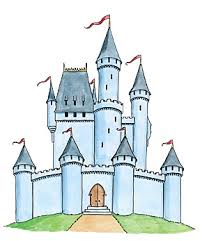 Sebastian quickly logged on to one of his competitors website and spotted a position that looked interesting, Sales and Marketing Director with Company Y in Stavanger.  “That position should have been on my vacancy list.” Sebastian thought to himself. “Well, if it wasn’t on his vacancy list this didn`t mean he couldn`t work the position” he mumbled. Sebastian therefore logged in to an online database containing Norwegian candidates CV`s. He input a search for Sales and Marketing Director and a range of candidates came up on the screen. Sebastian quickly spotted the CV of the perfect candidate, Lisa. Sebastian decided to give Lisa a call (from a withheld number of course).

“Hi Lisa, my name is Sebastian and I am calling you from the UK. I am working on an assignment for one of my key clients in Stavanger, Company Y, and they are recruiting for a Sales and Marketing Director. Your profile looks very interesting and I was hoping we could have a brief chat about this”? Lisa explained that his competitor had already forwarded her CV to Company Y, thus he could therefore not represent her.  “Damn”, thought Sebastian.  “Those idiots have beaten me to it”.

It did not take Sebastian long to forget the conversation with Lisa.  “So what if she had already been presented to Company Y?” he thought to himself. He quickly put her CV on his own company letterhead, created a story and sent an email to Company Y:

“Dear Company Y. I have today interviewed an experienced Sales and Marketing Director who is looking for new opportunities. She has agreed that I will represent her exclusively and expressed that she would be very keen for her CV to be issued to Company Y.  Please see CV attached”

Sebastian could now sit back and wait for some action to happen. “Would Company Y get things mixed up and request an interview through Sebastian or would they come back and say that they already had the CV?”  It didn`t really matter.  At least he was in with a shot.

7 days later, Sebastian received a call from Company Y. They explained that they had received Lisa`s CV from two different recruiters, both whom claimed to be exclusively representing her. As far as Company Y was concerned, this was incredibly unprofessional from Lisa and as a result, they had decided not to interview her.

Sebastian smiled too himself and hinted for a High Five with his colleague next to him.  Although it had not worked out perfectly, one thing was for sure; He had ruined things for his competitor.

Unfortunately, not everyone did live happily ever after. Well, Sebastian did, but Lisa did not. She missed out on an interesting job opportunity and is still unemployed.

Unfortunately, this story isn`t fairy-tale. As it happens, it is based on a true story that only took place 10 days ago. What is hard to accept is the fact that this candidate had recently been made redundant and was “desperately” looking for work. One would think that a recruitment consultant would have a mind-set aimed at helping both customers and candidates and add real value to the process. Unfortunately, this is not always the case.

For now, the story about Sebastian ends here. Who knows, we may meet Sebastian on a later occasion. In the meantime, it is crucial that everyone works hard to put a stop to this kind of behaviour. People like Sebastian need to be told that they are not “The king of the castle” and that their behaviour has significant, negative, impact on both oil companies, candidates and recruiters who work tired-less to portray a good image.