When you hear the word theft, what do you think of?  The cheeky little kid that stole a chocolate bar from the local shop? Your house that got burgled last week? The pick pocketer that stole your IPhone right out of your hand? One thing is for sure. Theft is something most of us don’t associate with the recruitment industry. Strange perhaps, considering this is happening right in front of us and on a daily basis. 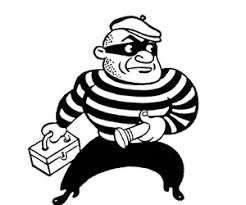 Last week I decided to post an update on LinkedIn and Facebook in which I referred to unfortunate experiences people had to deal with in terms of recruiters and recruitment companies. That particular update was written with two particular people in mind and the unfortunate situations they both experienced. In common for them both; they had both experienced theft at its worst. Theft from recruitment companies, that in this instance was based in the UK but working towards the Norwegian Oil & Gas Industry.

Today I have spoken with two highly unfortunate people within the oil industry here in Norway, whom have recently put their CV on various job boards due to fear that they may lose their job. Unfortunately and shockingly (in my opinion) at least two UK RECRUITMENT COMPANIES have taken their CV of the job boards and sent to 30+ oil and gas related companies here in Norway, WITHOUT PERMISSION FROM THE CANDIDATE. EVEN WORSE, in one case, the CV was sent to one of the candidate`s current employer. PLEASE BE AWARE, whether you recently uploaded your CV or even if you did so many years ago.

What is really unique with situations such as these is that it is something that we are all exposed to. Yes, that’s right. You don’t need to be a jobseeker in order to be exposed to this. I am sure you have a professional profile on one of the many professional networking sites right? Well then this can also happen to you. 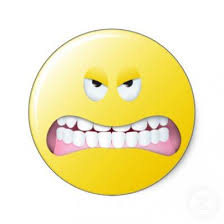 It is more than on time that someone stands up to this shocking behavior and simply say: enough is enough.

In broad terms, there are mainly two ways in which a recruiter can steal your CV and present your CV to the market place without you being made aware:

Both methods above have the same outcome: The recruiter now sits with a CV that is fresher than the fresh fish you get at the market. They now sit with a CV that they have stolen in the same way as the little boy who stole the chocolate bar from the local shop.

I have on many occasions wondered why there are still people and companies that acts in such a disrespective manner. Why would you want to act selfishly and portray yourself as an a…se hole? (Pardon my French). Surely there is nothing to gain from this in the long term right? So why do it? The answer is probably pretty simple: Competition, greed and utter greed.

Once upon a time there was a Norwegian Oil Company, Company X, whom had recently posted a project management position on their web site. Almost as soon as he had checked out their website, Sebastian decided to call Company X and sell inn his recruitment services. The hope was there. Sebastian felt on fire today. Unfortunately for Sebastian he was met with the following from Company X: “Thanks for your call but we have decided to do the recruitment for this position ourselves and will therefore not be talking to external recruiters” Most people would probably have accepted this, or perhaps a really good sales person would have attempted to convince Company X that they should consider using his or her services. Sebastian was neither that good nor that professional. Instead, Sebastian got somewhat angry. No one would get away with giving him a no. Sebastian had previously never taken a no for an answer and he wouldn’t start now.

After the call ended, Sebastian decided to come up with a cunning plan. He was convinced that there would be other routes of entry into Company X and one thing was for sure; Sebastian would never give up. 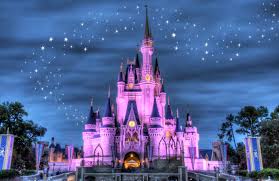 It didn’t take Sebastian long to decide that the best plan of action would be to find the perfect profile for the project management position through an onlin professional networking site. It turned out to be pretty easy. After all, he could pick and choose between anyone. After a few minutes online, Sebastian decided that the profile of Camilla was the most relevant. He quickly copied and pasted Camilla`s profile onto his company`s letter headed paper. More confident than ever, Sebastian was now ready to go on the attack.
Once again, Sebastian picked up the phone and called Company X. This time he decided to call from a withheld number, a tip he had received from his current boss. As long as he called from a withheld number he could call and call until Company X finally picked up the phone. “His boss was clever in that way, Sebastian thought to himself.”

“Hi, thank you for calling Company X, how can we assist you” said the voice at the other end of the phone. “Hi Company X” Sebastian said. “Sorry for calling you again but I have come across a candidate called Camilla and she is absolutely perfect for your project manager position. I simply felt I wouldn’t have been doing a very good job if I didn’t make you aware of Camilla and her profile.” The person at the other end of the line didn’t sound too cheerful but at the same time found it very difficult to say no. “A perfect candidate?” asked the person at Company X. “I suppose we don’t have any other option but to meet with this person” she said. Sebastian quickly arranged the interview for two weeks ahead in time, said his goodbye and ended the call.

As soon as Sebastian had hung up the phone a big smile hit his face. He could hear a load cheer from the other 67 tele sales colleagues of his. He stood up on his chair and shouted: “I showed her, no one says no to Sebastian. Sebastian rocks” “You are a legend”, shouted one of Sebastian colleagues from the other side of the room and Sebastian couldn’t help but to feel a bit like a legend. While all his colleagues jumped over desks and chairs to come over and give Sebastian a high five he once again felt like the king of the castle.

Once things had calmed down, it was time for Sebastian to really take his plan to another level. Company X had clearly showed that they would be willing to speak with good candidates of his and all that was left now was to actually go out and find some “real” candidates. Someone who actually wanted to meet with Company X. No panic yet though. After all, Sebastian had been clever enough to book the interview for two weeks ahead in time thus giving him plenty of time to be out in the market looking for a real candidate. “How stupid was that HR person at Company X for accepting an interview two weeks ahead in time”? Sebastian thought to himself while once again high fiving the colleague next to him.

During the next 10 days, Sebastian had become a representative for Company X without their knowledge. He had taken it upon himself to speak with cold and warm candidates on behalf of Company in order to find the candidate(s) that could step in for Camilla at the arranged interview time. The fact that none of this had been approved by Company X didn’t worry Sebastian much. All Sebastian though of was the fat pay check at the end of the month and his popularity within the office. Being king of the castle was a good feeling and he wouldn’t want to lose this feeling any time soon.

Sebastian was now finally ready to once again call Company X. He had two good candidates to put forward and used all the trickery that he had learned at the recruitment academy to explain why Camilla no longer was a candidate for Company X. “As the good recruiter I am I have actually managed to find two candidates that are even better than Camilla “ Sebastian said calmly. “ I would highly advice that you see both of these candidates and one of them can stand in for Camilla at the time arranged for her” Sebastian continued.

The story goes on and you probably know the outcome by know. Sebastian will have been the king of the castle once again. The hero, the one who would not take no for an answer and the one who would go to any length to get things his way.

One thing is for sure, he will not live happily ever after.

Unfortunately, the fairytale above is not in any way similar to those fairytales we all read when we were kids. As it happens, the story above isn`t a fairytale at all. Episodes such as this happens on a daily basis within the oil and gas recruitment industry in Norway and is something that frustrates and irritates most of us.

Let us look at this a bit closer. What did Sebastian do that was so wrong? (Apart from the lying, the misrepresentation and the theft)

What is such a shame in terms of behavior similar to that of Sebastian is that on most occasions neither the candidate in question nor the company will have any idea whatsoever about what is going on. Camilla will never find out that someone used her CV for their own gain and Company X will never find out that a thief of Sebastian`s nature represented them in the candidate market place. As a result of this, it is incredible hard for anyone to tell how much of this behavior actually takes place. How many Sebastian’s are operating with the Norwegian Oil & Gas Sector and how many Sebastian’s sits in their office sipping champagne while laughing at the rest of us?

As it happens, the fairytale of Sebastian, Camilla and Company X actually has a part 2 and a part 3. For now, my advice to those concerned is as follows: There are methods for stopping such behavior and if we are open enough to share our experiences, people such as Sebastian will have a very short life as a recruiter within the Norwegian Oil & Gas Sector.

One thought on “Cowboy Recruiters Part 1: Theft of CV and Profile”